We Are Open For Business

This closed loop system was installed in the spring of 2011. The 5 ton system replaced two propane furnaces and two air conditioners. The customers also gained the benefit of domestic hot water being made from the waste heat from the geothermal system. 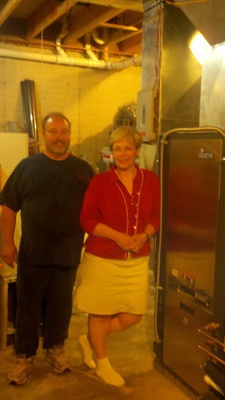 The McCrae's are very happy with their new ClimateMaster geothermal system. The system is zoned so each area can be temperature controlled individually. They will significantly reduce their dependence on propane, a 20 Kw generator was also installed in the event of a power disruption. 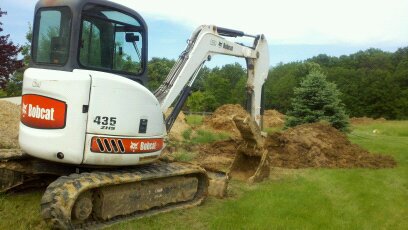 Excavator was brought on-site and digging began. The trench filled with water several times and had to be pumped out. CMR Mechanical was able to handle the weather disruption with ease and the job was completed after the major spring rains ended. 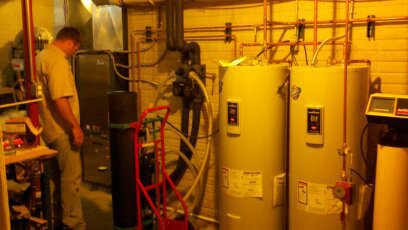 Indoors the Hot water tanks were installed and the ClimateMaster Geothermal Unit was put into place. Trevor, the CMR technician handled all of the details including working side by side with the electricians. 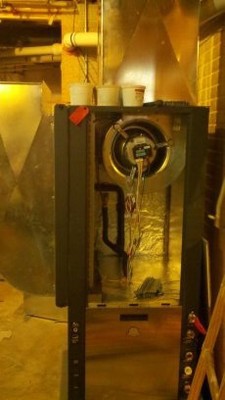 View of the Geothermal Unit with the door off. The blower motor at the top distributes the air throughout the system. 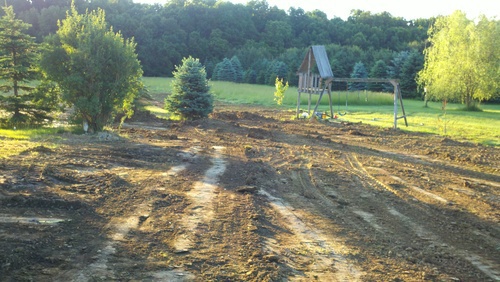 Once the pipes are laid into the ground the trench is backfilled with dirt. 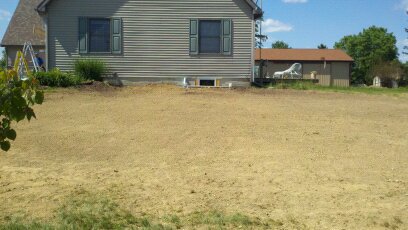 After backfilling is completed the entire area is re-graded, seeded with new grass seed, rolled and strawed. This process seperates us from our competitors. We take the time to do the job right. The yard is left as good or better than before the job. 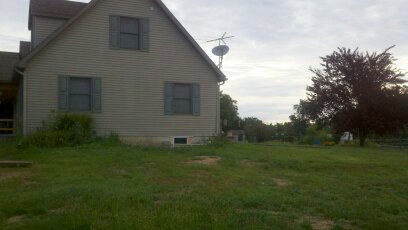 One month after the project was completed new grass is beginning to emerge.

(Please do not send payment to our warehouse; Customers, please visit our main office on Central Street)